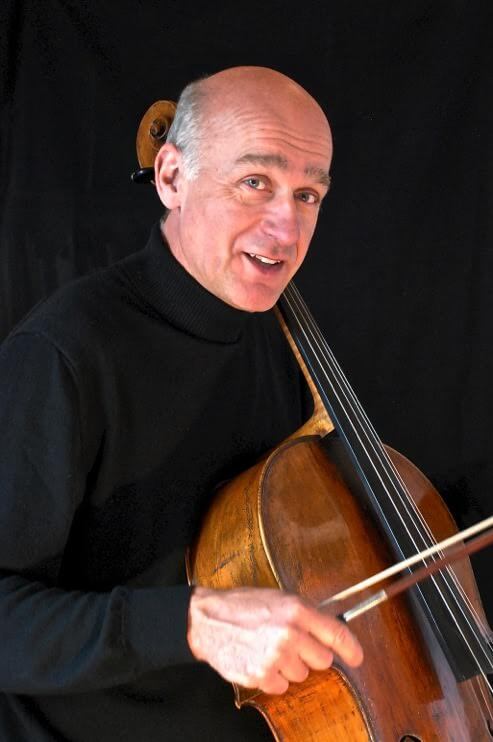 Luc Tooten was for more than fifteen years the first cello soloist of the Brussels Philharmonic.

He studied at the Brussels Royal Conservatory with Carlo Schmitz and completed his education with Edmond Baeyens and Reine Flachot . He also attended the masterclasses of Gerhard Hamann, Anner Bijlsma and Mstislav Rostropovitch.After winning several international prizes, he made his debut as a soloist performing the Saint Saëns Cello Concerto with the Belgian Radio Symphony Orchestra.

His performance of the Korngold Cello Concerto was broadcast by the VRT, the Flemish Television. His recording of the symphonic poem “Naar Hoger Licht “, a composition for cello-solo and orchestra by Lodewijk De Vocht, received a Choc award from the music periodical Monde de la Musique. In 2015 he was invited in Saint Petersburg to make a CD recording of the Triple Concerto of Beethoven with the St.-Petersburg State Symphony Orchestra.

He performed as a soloist under the direction of conductors such as Andrej Borejko, Jan Latham-Koenig, Yoël Levy, Walter Proost, Alexander Rahbari and Tan Dun. At Tan Dun’s request, he played the Belgian premiere of the cello concerti Crouching Tiger and The Map. As a chamber musician he has performed in Europe, Israel, Canada, China, Mexico and the USA.

He made many recordings for Pavane Records Belgium, such as Franz Liszt and Lalo’s complete works for cello and piano, and also the sonatas by Frédéric Chopin, Claude Debussy, Camille Saint-Saëns and Franz Schubert.